Condoms come in all shapes, sizes, and materials. Here are the variations you can get:

Most condoms are made from latex or polyurethane. The latex ones are a little stronger, so they give slightly better protection from STIs and pregnancy. A very small amount of people are allergic to latex, though, so they use polyurethane ones.

Condoms come in lots of different sizes. You can get longer or shorter or wider or narrower ones. If a packet of condoms says 'large' or 'small', this is usually talking about the width of the condom, not the length. Be honest! A condom that is too big may come off, and a condom that's too small might break. Most condoms that you buy in shops and vending machines will be a standard size.
Small size condom will be at 49mm, a regular common size condom will be at 52-53mm, extra large condom will be at 56mm -58mm -/+

If a regular condom is sligthly tight on you, you can try on the extra large condom with the nominal width of 56mm and above. 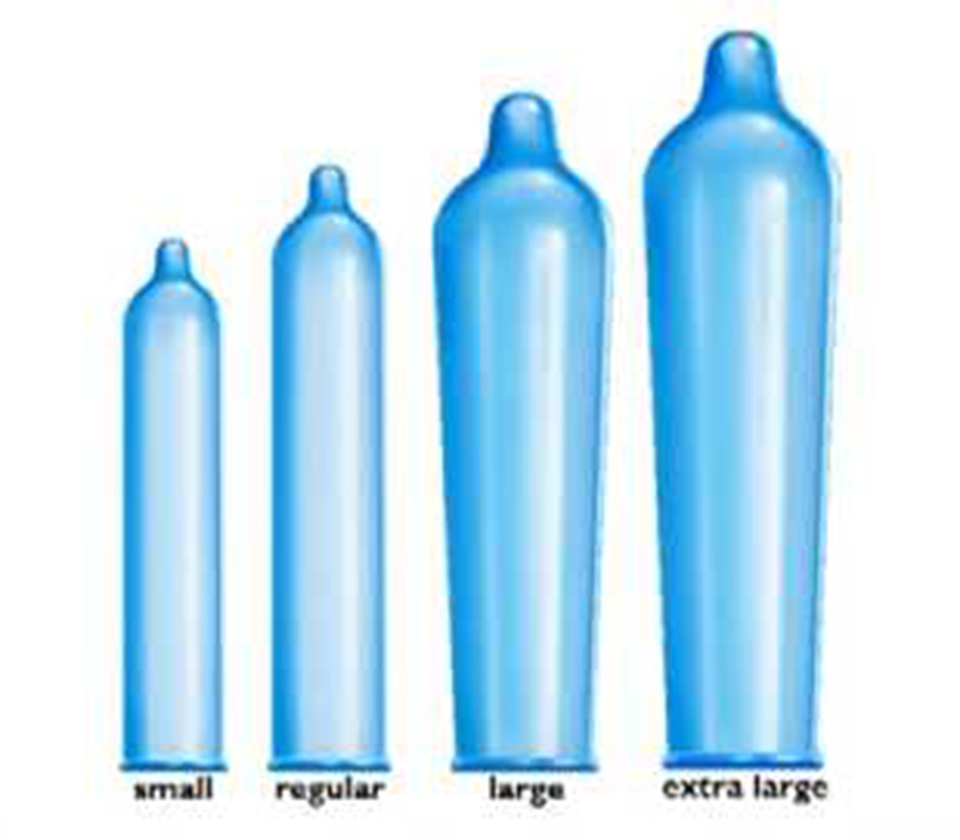 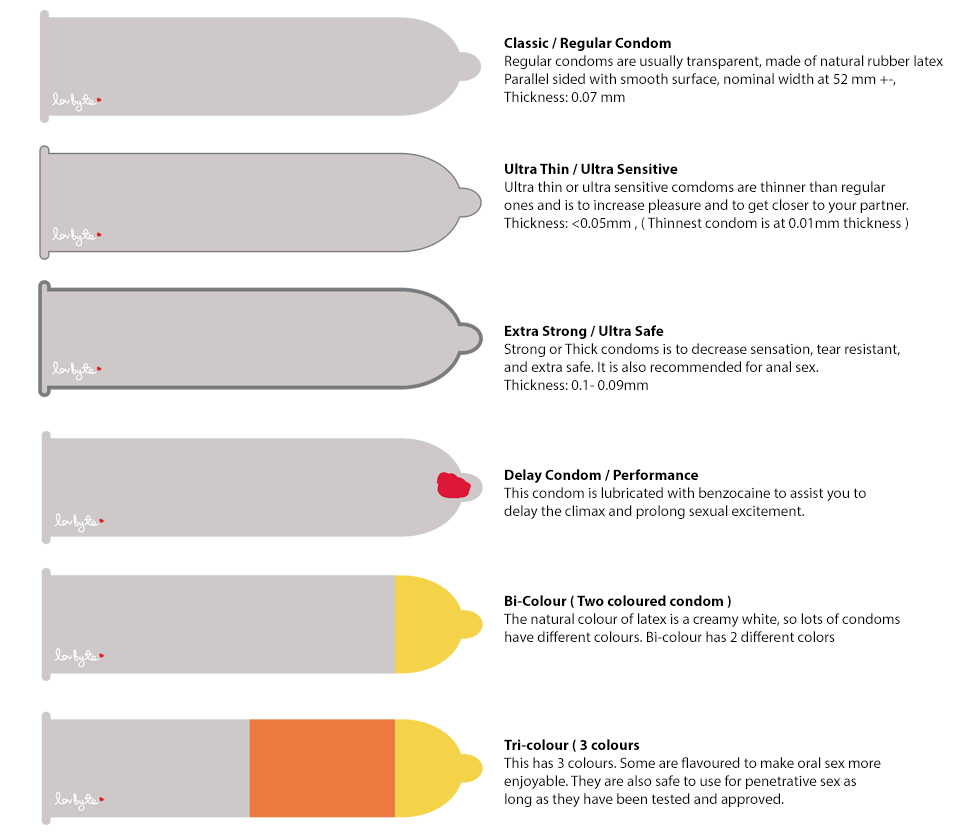 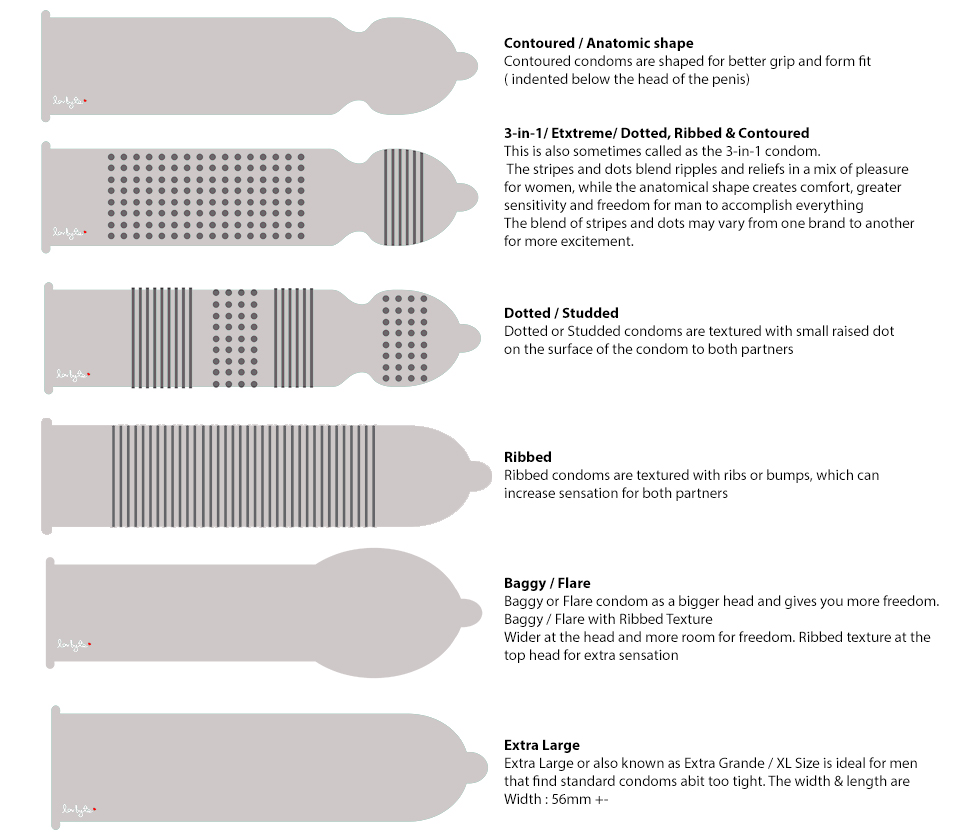 Condom that provides additional lubricant and is stated extra safe or ultra resistent is usually thicker and safer. This is commonly used by the gay as is recognized as gay condom. Gay condom comes in various design where the thickness of condoms could be just at the tip area, or the whole condom, mostly scented or flavoured which is suitable for foreplay as well.

It's up to you which shape you choose. All of the differences in shape are designed to suit different personal preferences and enhance pleasure. It is important to communicate with your partner to be sure that you are using condoms that satisfy both of you.

Believe it or not, condoms actually add to the ride bringing extra sensation and pleasure. They are designed so well and some of you say that you can’t even feel them at all. Using a condom gives you peace of mind that you are not catching any sexually transmitted infections so you can relax into it more knowing that you are protected. You can even use them as part of the foreplay, in fact there is something exciting about the moment that time has come and a condom has to go on; it signals something, a change in momentum.